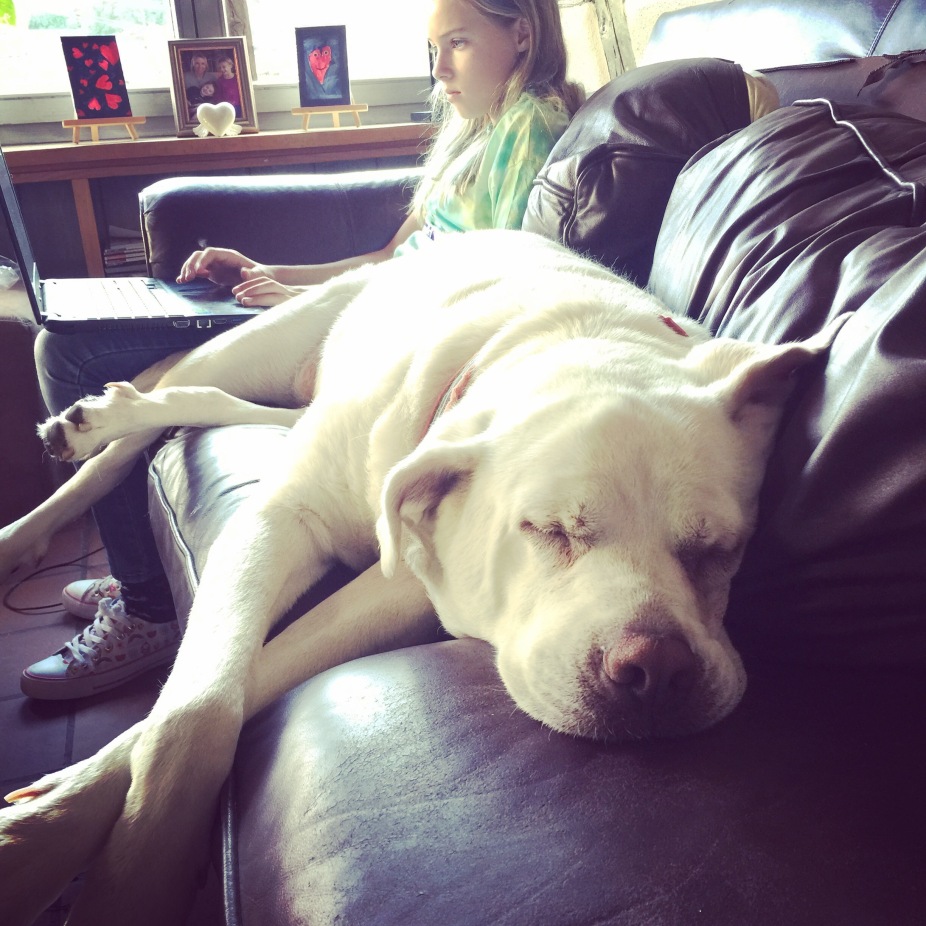 Picked up ChaCha from having a surgery today.
Before she came up to Germany from Italy she tried to eat herself out from a shelter fence. She broke her K9 tooth.

That was a couple of years ago and this week I discovered that her tooth stump was infected.

When sedated they took blood test to see if her values from last time were any better.

Since this drama queen never like when we brush or cut her nails, I had a request they would do that too while she slept!

Now she is acting like a little puppy of 56 kg on the couch. That's Amore!